Inicio > The Outcome of State Violence: The Plurinational State of Bolivia

The Outcome of State Violence: The Plurinational State of Bolivia

The Outcome of State Violence:  The Plurinational State of Bolivia

The government of the Plurinational State of Bolivia is left with nothing but extraordinary violence, having lost legitimacy after it produced a crisis by raising gas prices, when it confronted its own people, and following the TIPNIS conflict (Indigenous Territory Isiboro Sécure and National Park), when it came up against the indigenous peoples and nations. Now its decided choice of an extractive colonial model and dependent capitalism is clear and fully established. After passing a law on the principle of consultation with its supporting organizations, wherein disappears consultation by the prior and informed consent, confirming the culmination of the new ethnocide perpetrated by the progressive government, the executive tries again, for the sixth time, to intervene and divide CONAMAQ (the confederation of traditional governing bodies of Quechua-, Aymara- and Uru-speaking Indigenous Peoples). It does so by using people representing no one, against the legitimacy of the sixteen regions and suyus of CONAMAQ. This is a sign of desperation on the electoral campaign trail. The government, in this deed, also uses the police to aid and abet the intervention of the offices of CONAMAQ, grossly violating the rights of indigenous nations and peoples, as enshrined in the Constitution, in addition to destroying fundamental rights.

Why do it in the middle of an electoral campaign? Why is the government taking greater risks of further discrediting itself? Is it because after following an unprecedented ethical and moral breakdown and after having waged on ethnocidal and matricidal extractive agenda, and further collapsing as a political project, it cannot resort to anything other than violence? How do progressive governments end up not just in these deep, unconcealed contradictions, but instead in the stark, undisguised, practice of despotic control and permanent repression? What are the conditions and factors that end up pushing it to adopt such a policy? These questions seem to be about the intervention of a dire set of conditions that sustain the avatar of different sets of "variables", which are given as, in part, historical heritage and, in part, unfortunate random events that fatally repeat the same condemnation: those who are devoted to power "sell their soul to the devil."

At this conjuncture, given the open ease of state violence, the defense of rights is a priority, the defense of fundamental rights, the defense of the rights of indigenous peoples and nations, the defense of the Constitution. No one can keep quiet or silent about the amount of abuse. On the contrary, if we remain indifferent, silent, we end up being complicit not just of unlimited violence, but also of the demise of the "process of change” and worse yet, of the suspension of democracy.

What seems to be behind these government misconducts aside from the desperate need to control everything, by any means, is the doubt future elections cast upon it. There is apprehension about the response of the cities and even the heart of support in rural areas. While it may have some appreciation of a Pyrrhic victory, compared with the results of previous elections, a presumed laboriously achieved victory, which doesn't seem to quite reach 50%, and with great distress may not even go beyond a 30% relative to the core of support, endangering the chance of a runoff. Despite the pretensions of an imagined victory, it casts more doubt, finding itself disconnected from "reality, " publishing and turning to excessive propaganda, and thus demonstrating lost popularity. This doubt is like a worm eating fruit inside out. So they bet on political favors, and on a larger scale, a double bonus is proposed, to some, not all sectors, as it should be, in an effort to win votes of workers or secure them. Moreover, on the same assumption, an organization which the government has not been able to divide is feared, CONAMAQ. The government is really afraid of CONAMAQ's questioning and consistency.  Desperation becomes harsh, and so they act in the most shameful way they posses, supported by the repressive state apparatus. Nothing is hidden, despite the intervention taking place at night and in the rain. All stakes are placed on the service of supporters, party officers, and by controlling official and private media. The government is betting on covering up the violation with the usual smoke screens. After all, this is not the first time they have done it, but to the extent that the list of violations gets longer, it is becoming less consistent, despite the degree of violence employed.

Also involved in the outcome of events is the submissive haste of flatterers, those who want to do a good turn, and strive to not just to show their heedless loyalty, but also demonstrate clumsy support, as we witness in the decision to intervene on the part of a fake "indigenous" organization, hastily armed, lead by people with a long history of receiving political patronage, against the offices of the legitimate organization. They are individuals who want to get on the ballot, and thus strive to excel in these inflated acts. In the end, MAS (Movement towards Socialism) has become that, a gelatinous patronage-loaded mass of clientele supporters ready to do anything to be part of the circles of power, even if its orbit is very distant from the center of power.

These are the symptoms of political degradation. What started out as a populist discourse, with claims of an "ideology" becomes gritty action devoid of discourse and ideology, reduced to a simple cry: "Get out on your knees!" It is the revenge of the persecutor to its defeated victims. The repressive forces are full of these sorts of people, who end up as torturers. These sorts of people make up the shock troops of the ruling class. It is these sorts of people who lend themselves to the most discredited usurpations of names and representation of organizations. Such people have no idea of the meaning of the Constitution, nor of the reasons, causes, and conditions that gave way to the "process" at issue before its own demise. These kinds of people are the gravediggers of the "process of change”.

As we said before, it seems a condemnation, a plot constantly repeated. It is a script written by power, the disturbing fate of those who indulge in the maelstrom of its capture of logic, control, domination and destruction. What begins as hope becomes frustration. What begins with enthusiasm becomes cowardice. Good intentions pave the road to hell. The "revolutionary" governments become counter- revolutionaries. "Revolutionaries" become caricatures of a manic farce. The struggle against the ruling class converts the new occupants into the new ruling class. The repression of enemies moves to internal repression, transforming critics or rebels into the most feared and hated enemies, as they remind them of what they have abandoned. This is the last ditch attempt to oblivion. To impose a condescending "reality" through their actions whereby their misdeeds become good deeds.

CONAMAQ is the reference and motor of resistance. The resistance to decay and political breakdown.  The resistance to the restoration of the pre-existing nation-state, the coloniality of the usual clientelism, of the historic relations and structures of power. CONAMAQ as an indigenous organization is committed to decolonization, to the defense of the Constitution, to the defense of the rights of Indigenous Nations and Peoples, to the defense of Mother Earth. Their resistance to despotism also counts on the resistance of the TIPNIS. Both instances are the material and organic forms of resistance.  The opportunity to continue and deepen the process generates and regenerates upon and around them. The chance of rescuing the process from the usurping hands. The opportunity to abandon the historic condemnation of the script of power. Therefore, the defense of CONAMAQ, the defense of TIPNIS, the defense the Constitution is essential. Peoples who do not fight for their rights do not deserve to exist. There's a certain obligation, a call of social memory to fight, to persist in building alternatives, to insist on alterative actions, inventing paths of escape, liberated spaces, and routes to other possible worlds. 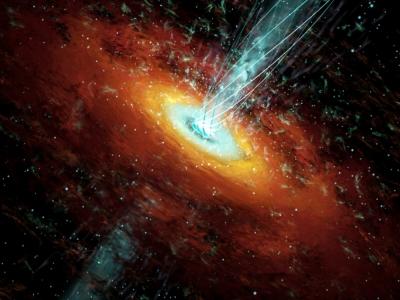